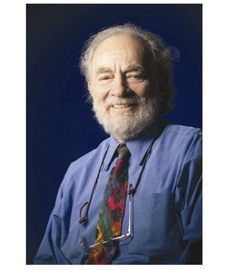 “On the Growth of Al2O3 Scales”

While current models of oxide scale growth focus on ionic diffusion, Professor Heuer argued that because of the relatively low electrical conductivity of Al2O3, ion transport may not be the main rate-limiting factor in the growth of alumina scale.  Using quantum mechanical DFT calculations of the band structure of Al2O3 grain boundaries, Prof. Heuer showed that treating electron transport as the rate-limiting factor in alumina scale growth could help explain the Reactive Element effect, comparing the availability of electron donor and acceptor sites with and without yttrium at the grain boundaries.  Emphasis was given to Al2O3 grain boundaries because of the significantly greater diffusivity along grain boundaries compared to bulk alumina, although grain boundary diffusivity values can vary widely in different grain boundaries, even within the same sample.  Professor Heuer also asserted that grain boundary diffusion in Al2O3 occurs by the migration of linear interface defects called disconnections. ﻿

Arthur H. Heuer is Distinguished University Professor and Kyocera Professor of Materials in the Department of Materials Science and Engineering, and Director of the Swagelok Center for Surface Analysis of Materials (SCSAM).  He is a member of the National Academy of Engineering, an External Member of the Max Planck Society for Materials Science, Stuttgart, Germany, and a Visiting Professor in the Department of Materials, Imperial College, London.  He earned a B.S. in Chemistry from City College (1956) and Ph.D. (1966) and D.Sc. (1977) degrees in Applied Science and Physical Ceramics, respectively, from the University of Leeds, England.  (Over)

Throughout his career, Heuer has focused on structure/property relations on materials, initially on structural, functional and biological ceramics, and adding MEMS (Micro Electro Mechanical Systems) materials—thin film polysilicon, polysilicon carbide and silicon nitride—to the mix when this technology became “hot”.  In recent years, he has turned his attention to physical metallurgy, working on carburization of stainless steels and Ni-base alloys, nitridation of Ti-base alloys, and oxidation of Ni-base alloys.  The most recent addition to his research oeuvre arises from his role as SCSAM Director, where he is collaborating with life scientists in 3D reconstruction studies of soft tissue.  The extension of the material science paradigm of structure/property relations for understanding material behavior to structure/function relations for understanding living matter represents an exciting new frontier.